Professor of Medicine and Critical Care

Dr. E. Wesley Ely, MD, MPH is a subspecialist in Pulmonary and Critical Care Medicine with a focus in Geriatrics, who conducts patient-oriented, health services research as a Professor of Medicine at Vanderbilt University School of Medicine. He graduated Phi Beta Kappa and Summa Cum Laude from Tulane University and earned his medical degree from Tulane University School of Medicine and master's in public health degree from the Tulane School of Public Health and Tropical Medicine in New Orleans, Louisiana. There he was elected to Alpha Omega Alpha (AOA) medical honors society. Dr. Ely's research has focused on improving the care and outcomes of critically ill patients with severe sepsis and respiratory failure, with special emphasis on the problems facing older patients in the ICU (e.g., weaning from mechanical ventilation, delirium in the ICU, neuropsychological and functional deficits post ICU care). He was elected to membership in the American Society of Clinical Investigation (ASCI) and serves as the Associate Director of Aging Research for the VA Tennessee Valley Geriatric Research and Education Clinical Center (GRECC).

Dr. Ely was blessed to be asked by Bishop David Choby to help start a guild of the CMA for the Nashville area, and followed the leadership of both Dr. Rachel Kaiser (first president) and Sister Mary Diana Dreger, MD, OP in doing so. He is a life-long Catholic, who considers his priorities firmly entrenched first as a Christian, then as a husband and father to his wife and family, and then as a physician. He actively serves as the faculty sponsor of the student-run Catholic Medical Student Organization of Vanderbilt Medical School called the Society of Saints Cosmas and Damian (SSCD). At the Vanderbilt campus over the years, Dr. Ely has led additional end-of-life student groups, monthly reflection lunches for students interested in working through scholarly texts by authors such as CS Lewis, Francis Collins, Jacques Philippe, and even a year-long Flannery O’Connor reading club.

Academically, Dr. Ely is the founder of the Vanderbilt ICU Delirium and Cognitive Impairment Study Group. He currently serves as the principal investigator for the Coordinating Center's ongoing clinical trials in sedation and delirium and post-ICU cognitive impairment. Dr. Ely designs and leads a team of investigators in conducting both large cohort studies and randomized controlled clinical trials seeking both better understanding and management of critically ill patients in the ICU. Among other studies, Dr. Ely is currently the principal investigator of two large NIH-sponsored and VA-sponsored cohort investigations in ICU patients and randomized controlled trials as well, with a focus on delirium and sedative/analgesic drug exposure and acquired cognitive and functional impairment in survivors of the critical illness. He has written or co-authored more than 250 articles, book chapters and editorials. In May 2012, Dr. Ely was awarded with membership in the American Society of Clinical Investigation (ASCI) and the American Association of Physicians (AAP) nationally and at Vanderbilt with the Grant Liddle Award for Outstanding Contributions to Research; an award granted once every two years to one person at Vanderbilt Medical Center selected from all departments by an independent committee.

For more details of his work, please contact him through the website icudelirium.org for a copy of his current Curriculum Vitae. He is especially thankful to serve the CMA Guild in Nashville and also to have the privilege of working with such a talented and inter-disciplinary team of professionals from dozens of different training backgrounds to conduct his research in such an important public health domain. Importantly, he is married to Dr. Kim Ely, a surgical cytopathologist at Vanderbilt (herself a graduate of The Massachusetts Institute of Technology and Tulane University School of Medicine and also a member of AOA), with whom he has 3 lovely daughters who are together the pride of his life. 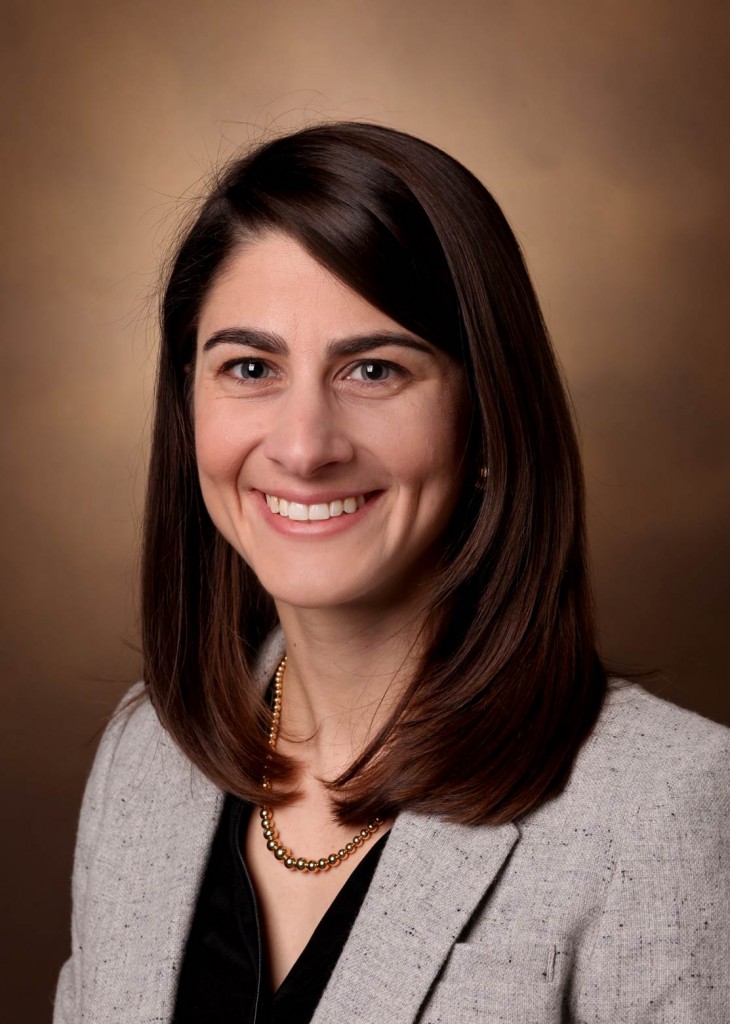 Assistant Professor of Medicine and Director

Dr. Mariu Carlo is an Instructor in Medicine in the Division of General Internal Medicine & Public Health and an advanced research fellow in the Geriatric Research, Education, and Clinical Center (GRECC) at the Department of Veterans Affairs Medical Center, Tennessee Valley Healthcare System, Nashville, Tennessee. While studying Biology and Spanish at Harvard University, she became active in the Catholic Student Association, with whom she visited the poor elderly at a nursing home run by the Little Sisters of the Poor. This experience, along with seeing her grandfather suffer from Lewy body dementia, influenced her to pursue geriatric medicine. She went on to earn her medical degree from Vanderbilt University School of Medicine in Nashville, Tennessee. In her first year of medical school in 2007, she founded the first Catholic medical student organization, Society of Saints Cosmas and Damian, named under the patronage of the twin physician-saints. She was also a founding member of the Nashville Guild of the Catholic Medical Association. She completed Internal Medicine residency at Vanderbilt and a clinical Geriatrics fellowship at the University of Alabama at Birmingham. She is currently pursuing a Masters of Public Health in Epidemiology at Vanderbilt School of Public Health, where she studies geriatric critical care, quality of life in survivors of critical illness, and geriatric education for medical trainees.

Dr. Kwame Frimpong is a Family Medicine Physician at Premier Medical Group in Clarksville, TN. He converted to Catholicism in 2013 around Easter. His conversion was through a one-year liberal arts college experience at Augustine College in Ottawa which focused on the foundations of Western Culture and Ethics. Since then he has grown in faith, participated in Nashville's Catholic Medical Association (CMA) events and even enrolled in the first national CMA medical student boot camp in 2013. He has an interest in Correctional Facility Medicine inspired by his fervent desire to foster virtue in males living in poverty or the inner city. His parents are from Ghana. He has two siblings and grew up in New Jersey. In 2016, he married Dr. Mallory Jorif (his medical school classmate). His Bachelor’s degree is from the University of Pennsylvania and medical degree is from Meharry Medical College. He finished his residency at Meharry Medical College in 2019.

Dr. Rachel Kaiser has practiced emergency medicine at St. Thomas West Hospital since 1994. She co-founded the Nashville Guild of the CMA in 2008 and served as its first president from 2008-2012. She also serves in the Medical Corps of the U.S. Army Reserve. She is married and has four children.

Sister Mary Diana entered the Dominican sisters in 1989. She completed her medical degree and residency in internal medicine in 2004 at Vanderbilt University. She now practices medicine for the underserved at the Saint Thomas Medical Partners, The Holy Family Health Center in Nashville, Tenn. When she is not at the clinic, Dreger participates in the daily activities at the Motherhouse, where she serves as the primary care physician for about 80 of the sisters, who range in age from 18 to 102.

Your ticket for the: Officers